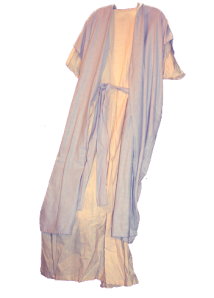 Easter, 2014. As I sit here at my desk about to start my studies for today I am stopped to think about the so-called celebrations going on today.  There are people renting blow up play stations for the kids, beers being purchased by the cases. Ice becoming short in supplies, and the Honey Baked Ham stores cleaning up.

Leading into the weekend, the clothing stores were a mess to get in. Everyone young older, wanted to style out in something new for Easter.  I remember that from growing up. We would be taken to the store a week before and new clothing would be purchased for that Sunday. Heaven help you if you tried to wear it before then.

As we find ourselves with a US President who is trying so hard to show us that we are not a Christian nation, I cant help but to notice how so many of our holidays are linked to the Bible. And our religious ways.

You see this is the celebration on Jesus coming out of the tomb and giving us the greatest victory ever! And no matter who celebrates, in what manner. It still comes back to that event. New clothing, guess what it started that early Sunday morning.

When Mary and the other women walked to the tomb, they carried spices, and wrappings to make sure the body of Jesus was properly dressed.

But on the first day of the week, at early dawn, they went to the tomb, taking the spices they had prepared   Luke 24:1

They were ready to dress the body with the garments they had prepared. But what they found was so impressive, so victorious  that to this day it changes lives.  You see when Jesus rose from that tomb he changed his clothes, and walked out in a new suit. He left the old one right there in that tomb.

So Peter went out with the other disciple, and they were going toward the tomb. Both of them were running together, but the other disciple outran Peter and reached the tomb first. And stooping to look in, he saw the linen cloths lying there, but he did not go in.  St. John 20:3-5

You see, new clothing on Easter was started by Jesus. So yea I guess the question for easter really comes to this. Have we changed all the sets of clothing we wear, just like Christ did that morning.

So, put away the commercialized celebrations, and get back to celebrating the victory of new hope! Put on your new clothing, and live

I am a former NY City Emergency Paramedic. Who believes in God, and the love of our Country. A former US Army Medic who believes that life brings us new challenges, adventures, and downfalls. I look to making them all a positive way to grow. being on the bottom is a sign that life still has a chance to go up. ARE YOU?
View all posts by MedicSmurf »